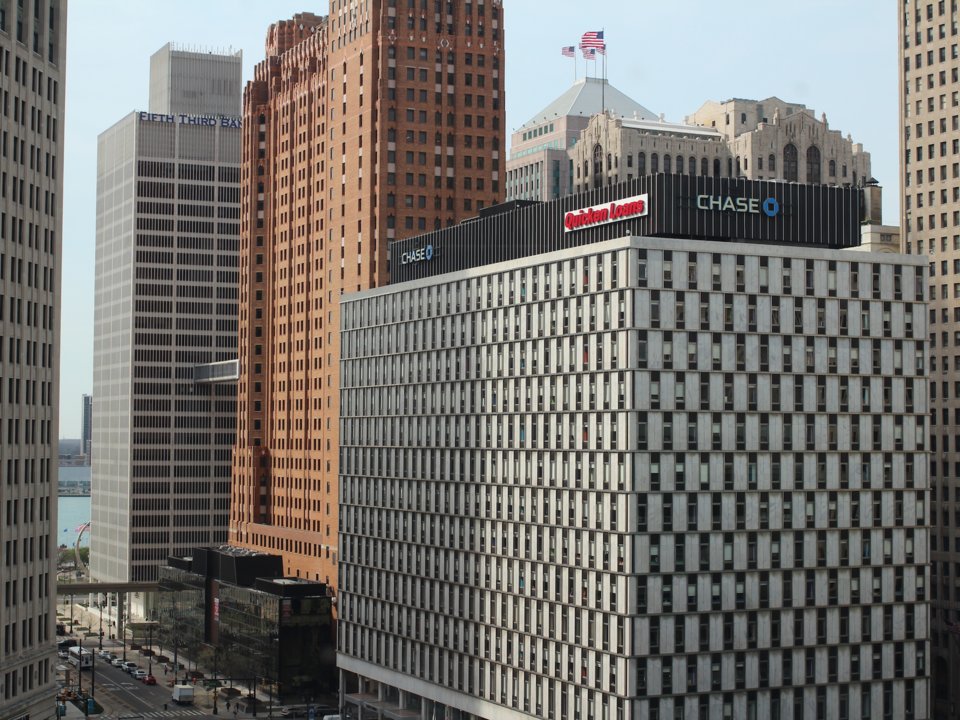 By:  Richard Feloni and Samantha Lee at Business Insider

Gilbert moved Quicken Loans, now the largest mortgage company in America, to downtown Detroit in 2010. It was a time when the city was struggling, and was three years shy of declaring bankruptcy. Gilbert grew up right outside of Detroit and wanted to grow his portfolio of businesses while helping revive its long-quiet downtown. He began buying and developing properties through his real estate company Bedrock, formed in 2011, while it seemed the rest of the world was only concerned with the spectacle of ruins scattered throughout a once thriving city.

Today, Bedrock’s portfolio contains around 100 properties, and over the last eight years has invested and allocated a total of $5.6 billion into Detroit. Bedrock says that its office and residential spaces have 98% occupancy and others in development have wait lists. The parent company for both Quicken Loans and Bedrock, Rock Ventures, is the city’s largest employer and taxpayer.

A good organization compels their servicing population with words, a great organization transforms their servicing population with actions. The passion exhibited by the leaders of this company will take the city of Detroit and its constituent base far. I believe in their mission, and most importantly I believe in their ability to achieve successful outcomes based off of the work they’ve already done. Thank you for your knowledge, dedication and desire to change the face of millennial livelihood.

Very professional and caring company that actually gives back to the city and listens to homeowner concerns! Awesome people with exceptional work ethic!