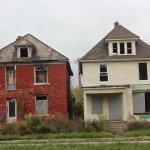 By: Annalise Frank at Crains Detroit

Home prices continue to rise in metro Detroit, but real estate agents aren’t seeing as many of the steep, less stable increases that had made some warry in previous months.

“If you look at in some communities over the past couple years, there were double digit increases, percentage-wise, with some of the median home prices,” said James Iodice, president of the Southfield-based Greater Metropolitan Association of Realtors and an associate broker with Bingham Farms-based Coldwell Banker Weir Manuel. “So (now), we’re not going down, we’re just not going up as fast.”

The region is still seeing the tight inventory that has helped push prices up: On-market listings for last month are a 16.6 percent drop from last August; July was similar, a 19 percent drop from 2017’s same-month figure.

It’s been a pleasure to have Jay Buys Detroit work with me as I transition back into Detroit. The service they provide and level of fellow-up embodies the true word of great service! I highly urge anyone that wants to look for housing to go through them!

Very professional and caring company that actually gives back to the city and listens to homeowner concerns! Awesome people with exceptional work ethic!