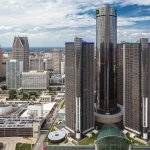 By: Lydia DePilis at CNN Money

There’s a reason why Lee County became the foreclosure capital of the United States.

Its two vast bedroom communities, Lehigh Acres and Cape Coral, were planned in the 1950s. Master developers drained the marshlands, laid the streets, dug canals, and plotted out quarter-acre lots so that home buyers could put $50 down and live the American dream.

The area grew steadily into a tourism and retirement destination, presenting a more affordable route to palm trees and white sand beaches than the state’s more crowded eastern coast. Lee County’s population of 23,404 in 1950 rose to 440,910 in 2000 — and since then has ballooned by another 67%.

“The cities that got hit the worst were the ones where people wanted to live in the most,” says David Diamond, a Naples-based builder of high-end commercial, medical and residential properties who in the 1990s did a brisk business selling brand new, $130,000 homes in Lehigh Acres. “If I can get a loan, where do I want to live? Florida. And one of the most affordable places to live was Fort Myers.”

In the mid-2000s, that steady growth started to escalate — fueled by easy money. Everybody has a story from that time: The schoolteacher and firefighter couple who built a $600,000 custom home. The handyman who was buying and flipping homes on the side. The happy hours where everyone seemed to introduce themselves as mortgage investors.

“I would say, ‘there’s no freaking way that crackerjack box is worth $200,000,'” says , an insurance agent in Lehigh Acres and Naples. “There were people who were successful in doing this, turning the property and making a profit. But they didn’t walk out of the casino. And then they got caught.”

a month ago–
Great company ran by driven trustworthy people who are dedicated to see you win. They have all the right resources to get you in or out of a home. Defiantly a good choice to work with them.

It’s great to see people who have been around you for years do something great for the City. They’re trustworthy and really care because they came from the city and are deeply rooted in the city. Keep doing great things!!

I’ve known these guys for years and they always come through.They’re very professional, friendly, and knowledgeable of the city.