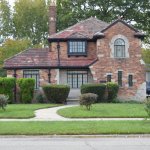 By: Arren Kimbel-Sannit at  The Seattle Times

Millennials are buying homes. Never mind the punditry that the plastic straw-hating snowflakes are stuck in overpriced apartments because they keep opening their wallets for $7 avocado toast. They made up 34 percent of American homebuyers in 2017, more than any other age group, according to the National Association of Realtors. And though a bevy of economic factors are working against them, millennials are driving developers to make their communities experience- and amenity-rich, inclusive and connected to the cities around them.

Millennials are on the verge of becoming the country’s biggest generation, and they make up the plurality of the labor force, according to Pew Research Center. And born as early as 1981, they’re also a lot older than many expect, with the most senior of the generation in their mid-to-late 30s.“At that age, they want the same things their parents did: a house in a safe neighborhood with good schools nearby,” said Randy Guttery, director of real-estate programs at University of Texas at Dallas.

Around 70 percent of millennials expect to live in single-family homes by 2020, according to a study from the Urban Land Institute, a real-estate and land-use think tank.

Buzzard’s home — his first, as it took longer than expected to save the money to buy — was a new build, rare for buyers of his generation. It was in his price range and close to his and his girlfriend’s jobs, which he said were must-haves for the new digs. And it’s in an area near to the bars and culture of downtown.

I’ve known these guys for years. They are extremely professional and easy to work with, and have always been able to help me!

Have known both of these gentlemen over 5yrs and they have always been men of great character. Taking the city of Detroit to newer heights is a passion they both share and are very serious about!